We had a few weeks off due to weather, but we finally got back to it for the month of May. Proud to report that everyone, including our new visitor Ben, are all fully vaccinated! Please, please, please get your shots and help end this crazy year. Being outside and scattered most of the time helps, but getting cleared helps all of us in the long run. Do not believe any false news of problems or tracking nonsence.

The dawn chorus was nice with a lot of baby local birds but the first couple of runs were dry. Then the Northern Cardinals began to get active. Two were captured near one another. The first was a male recapture in Net 5. 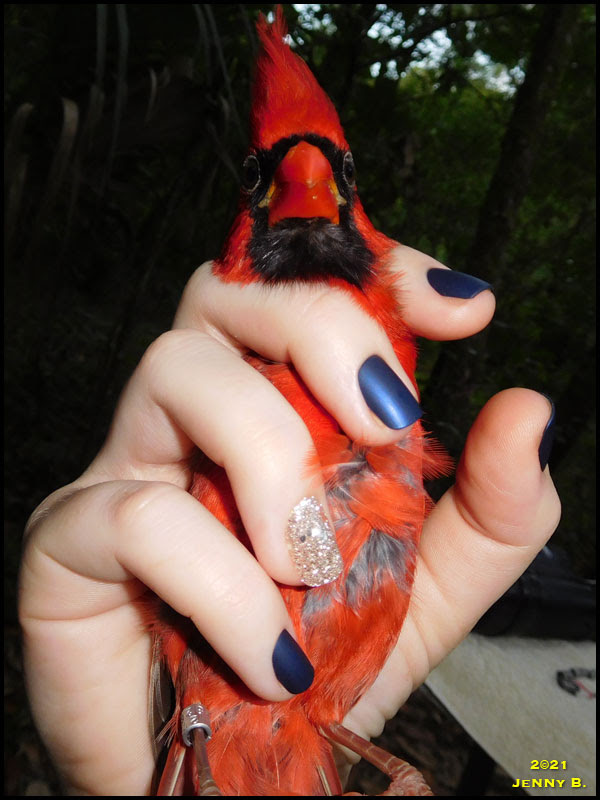 Flying past him was the female Northern Cardinal that heard his commotion as shot sideways into Net 6 just feet away. She was a new capture. 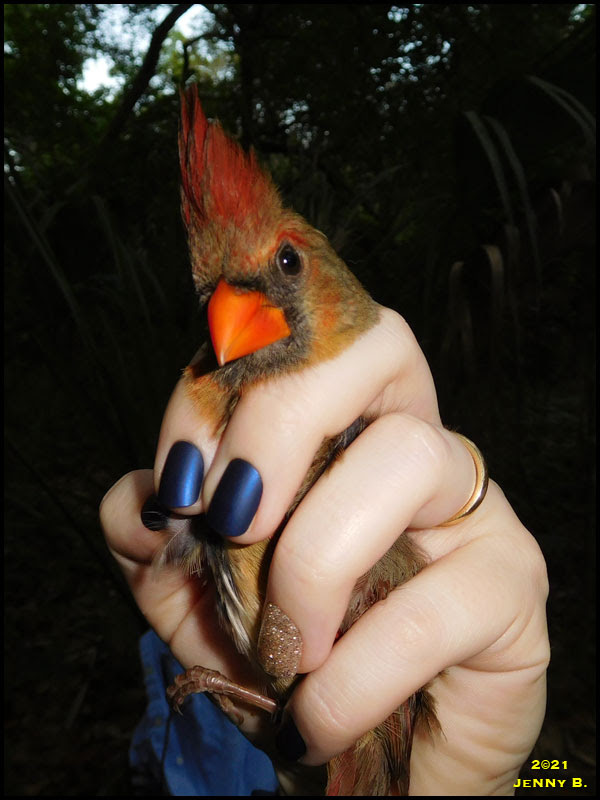 One of our remaining migrants was up next. An Ovenbird. 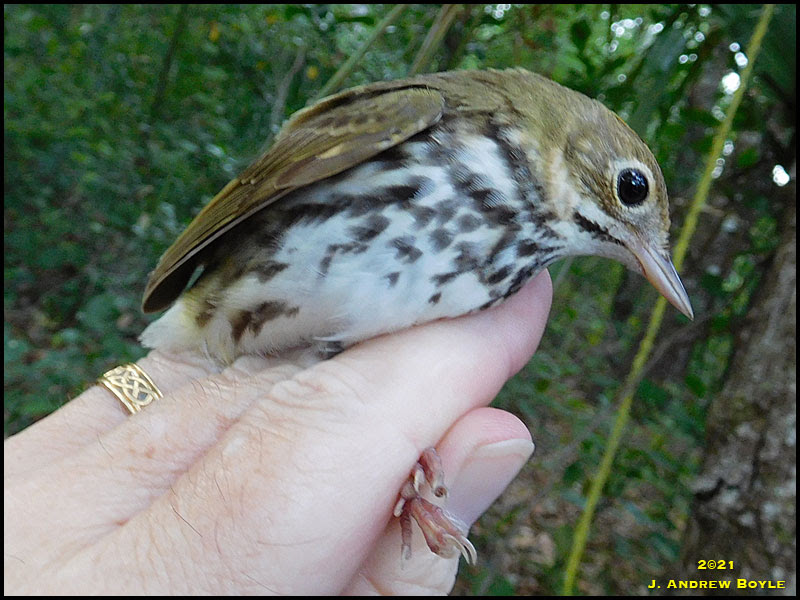 Our last migrant was a Northern Waterthrush, which we failed to get a shot of as we were explaining the differences between the 2 Waterthrush species.

Susan discovered a family of Limpkin down near Net 18 and a bit later we discovered them by net 20. It turned out there were 7 chicks following the parents up the river. 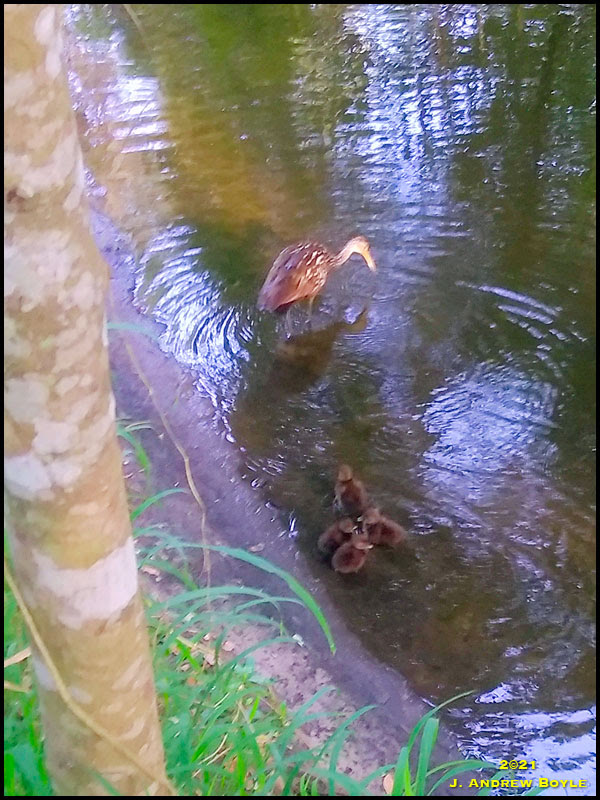 The only problem is that Net 20 is right under the Barred Owl nest tree. Both adults were there and eyeing the chicks. The parents, though, spent time digging out snails for the young and flying right at the face of the owls to keep them in check. 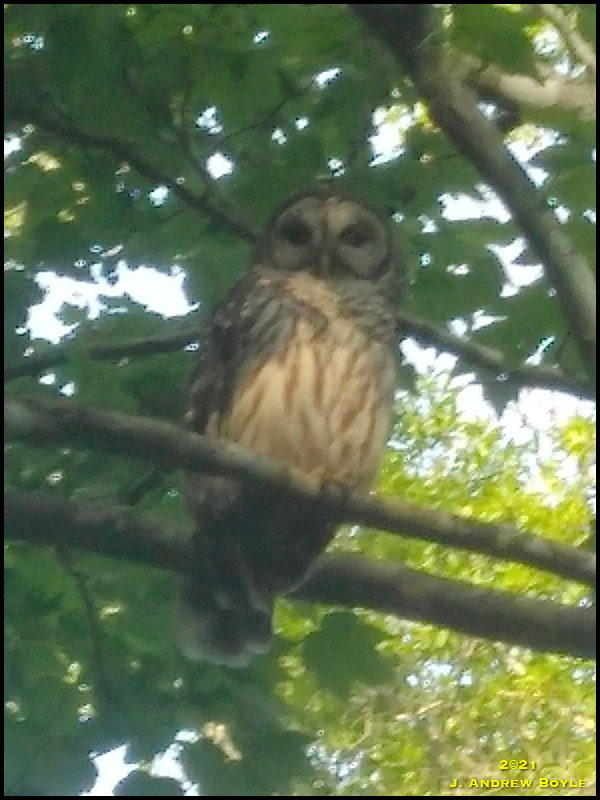 One of the most vocal birds and chicks are the Northern Parula. Connie brought an adult female back from Net 21 near the lake. Our final bird of the day was a male Common Yellowthroat. We used to have dozens of migrant in the Spring and the Fall but they are declining in the area. There are a few that still remain near the lake through the year. 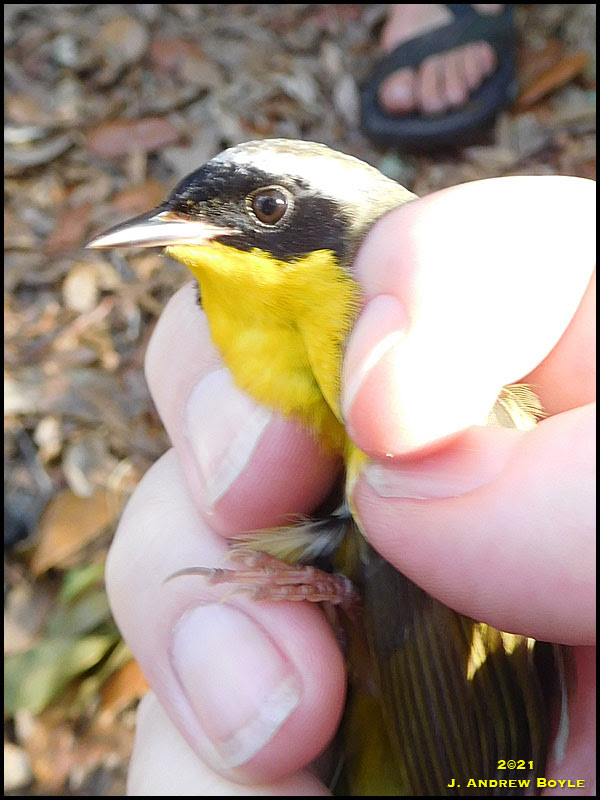 We will be taking a weekend off for Mother's Day but should return for the following week.


NOTE: To ensure the safety of our volunteers and the general public, new visitors are discouraged from attending banding at this time. The few of us who remain will update the blog as long as we can and hope to see new faces in the future. Thank you for your understanding during this unprecedented time.